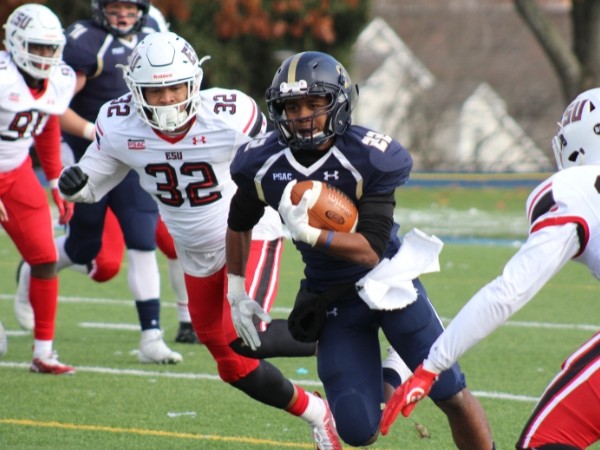 Draft time is the most exciting part of Mistakes in Fantasy Football. We have the opportunity to create the team that we will use for the remainder of the season with the fantasy draft. We can select the players we have been dreaming of all offseason. As we discuss and smack chat through 16+ rounds, we get to share in the fellowship of our league members. Fantasy football drafts can be very fun but managers should still be serious. This is the team that you will be using for the next 16 week to try and win a championship. Too often, fantasy managers make terrible mistakes in the draft which can seriously reduce your chances of winning a title. These are the top four mistakes fantasy managers make and how to avoid them.

Not keeping up with the News

It is important to keep up with current fantasy news. However, many managers arrive at drafts without a basic understanding of what’s happening in fantasy. Here are four key aspects of news that fantasy managers need to keep up with:

Research and practice are lacking

Mock, mock, mock! Once you’re done, mock another time. Mock drafts can be a great way to practice and improve your draft skills. Mock drafts let you try different strategies such as zero RB, zero WR, or taking a QB earlier. Mocks are great because you can simulate the actual draft position, which allows you to see how a plan might work. Although mocks are not as realistic as a fantasy draft, they can be a great way to get an idea of how your strategy might work. Practice is key before you go to draft. It will be a great decision.

Research does not mean picking up a fantasy football magazine from 7-11 while you’re on your way to draft day and skimming through some of the top names, sleepers, headlines, and other information. It’s far from that. To make the most out of your draft, research means digging deep into the numbers. You should pay close attention to the “average draft position” and “expert consensus ranking” numbers. Also, you need to be aware of trends that may develop between the Super Bowl (and your fantasy draft). ADP can help you understand the public’s perception of a player and how they are being drafted. ADP can also be used to gauge the opinions of other league members about a player. FantasyPros ECR is the result of the best minds in fantasy. It provides the most accurate rankings. ECR can be used to guide you on draft day, particularly if you are having difficulty choosing between players.

This one is hard to avoid, guys. We’ve all been there. It’s Sunday afternoon. Your friends have gathered for the first time since months. The booze has flowed, the food is excellent, and it’s time for a catch-up. To have the best chance of winning your draft, it is important to remain focused. Reduce your drinking habits until the draft is over. The same goes for messy chicken wings, which will make you reach for the tissues instead of looking at the draft board. So that you can focus on the task at hand, keep your conversations to a minimum during the draft. It’s important to stay focused and know who has been selected and who’s next. Mistakes in Fantasy Football you aren’t fully committed, it can be difficult to keep up.

A strategy is essential to bring to your fantasy draft. Without one, you will lose. Your strategy should reflect your efforts to keep up with the news and do your research. You also need to practice (see above). You don’t have to choose a formula that you’ve seen elsewhere (i.e. Zero RB). It can serve as a guideline of how your ideal draft should look based on the information you have. The perfect draft is not possible. There are many things that can happen, including losing some of the guys you wanted to draft, or forcing you to move to a different position. As a responsible fantasy manager, this is okay. Keep alternate scenarios in your back pocket. Be flexible, and that’s the most important thing! In every instance, draft strategies can and should be modified. Even if the information isn’t in your plan, you should accept it. Julio Jones, pick 2.09 is still available if you want to stock up on RBs during the first two rounds.