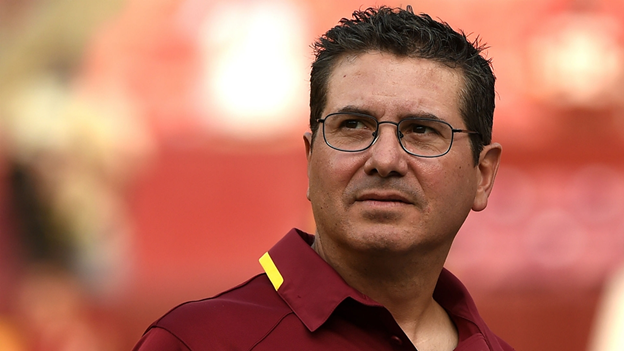 What You Should Know About Daniel Snyder

The Washington Charitable Foundation Was Formed in 2000

Shortly after Snyder purchased the team, he created the Washington Charitable Foundation to help make life easier for members of the community who needed a hand up. The Loads of Love program is one of its most memorable projects, and it has allowed thousands of children, teens, and parents to wash school clothes, sports uniforms, and other important garments at more than 80 locations throughout the city. Research has shown that kids who have access to clean clothes are more likely to attend school regularly. They are also more likely to participate in sports, volunteer programs, or other activities that help to enrich their lives.

In May 2020, after George Floyd died following a confrontation with police, causing a firestorm throughout the country, Daniel Snyder donated $250,000 to raise awareness about the incident and to help guarantee a similar incident doesn’t happen in the future.

Snyder Was Among the First to Help After Natural Disasters Struck

In 2004, a major tsunami struck the coasts of Indonesia and Thailand. Within a short time, Dan Snyder had food, medicine, and other supplies delivered to the folks who were impacted by the disaster. In 2005, Hurricane Katrina made landfall in Louisiana, resulting in widespread devastation throughout the state. Once again, Snyder sent relief supplies to help speed the pace of recovery. In 2016, Hurricane Matthew made landfall on the tiny island nation of Haiti. Several days later, he sent two players to the island to personally deliver supplies. During an interview with FOX, Snyder said that he wasn’t taking these steps to be hailed as a hero. Instead, he was doing these things because they needed to be done. Read more about Dan Snyder, here.

Almost $100 Million Has Been Poured Into FedExField

FedExField is the home of the Washington Football Team, and it has changed dramatically over the past few years. For roughly $100 million, the stadium was renovated to include televisions in the concourse, video boards at each end of the field, and new luxury boxes. Furthermore, the roads surrounding the stadium were reconfigured to make it easier to get out after games. Finally, the wireless network surrounding the stadium was upgraded to make it easier for fans to access sponsored content on their phones, tablets, or other connected devices.

Snyder Has Been In Business Throughout His Life

In 1985, Daniel Snyder founded a company that would eventually generate $1 billion in revenue per year. His business was listed on the New York Stock Exchange and had offices in more than 17 countries. In 2000, it was sold to a French firm for roughly $2.3 billion. At the time of the sale, that figure represented the highest price ever paid for a firm in the marketing sector.

Today, Daniel Snyder owns dozens of companies in his private portfolio. Among those companies is Red Zebra Broadcasting, which holds the licenses to multiple radio stations within Virginia and Maryland. Those stations broadcast Washington Football Team games throughout the regular season.